It’s here 🙂 I feel like a child at the moment after having had the chance to sit down, examine and use the new edition to my polish collection I can say I’m a happy lady. Yes this has got to be the most prestigious polish I own, are there any others that are this expensive? At £36/$50 its certainly not cheap, but is it worth it? Read on to see what I think.

I ordered my polish directly from Louboutin, it releases in stores in the UK on the 14th of August, and I believe it will be on general sale on the 6th of August in the US.

My polish arrived last week and I didn’t even open it for 2 days, just because I have been so busy I did not want to open it and not have the time to give it the attention it needs 🙂

On opening the package I was greeted not only by a polish bottle but also a lovely card, which really did make me feel like it was my birthday.

I was a little disappointed it did not come in the same box that the press release items came in, but suppose that would add more cost onto the item.

It is quite a magnificent thing, I was truly amazed at the beautiful design and well who cannot notice that massive handle/cap based on the famous Ballerina Heel shoe created by Louboutin, which is 8 inches tall.

Ok so enough about the packaging, well not quite here are a series of photos to show you just how big this polish bottle is. 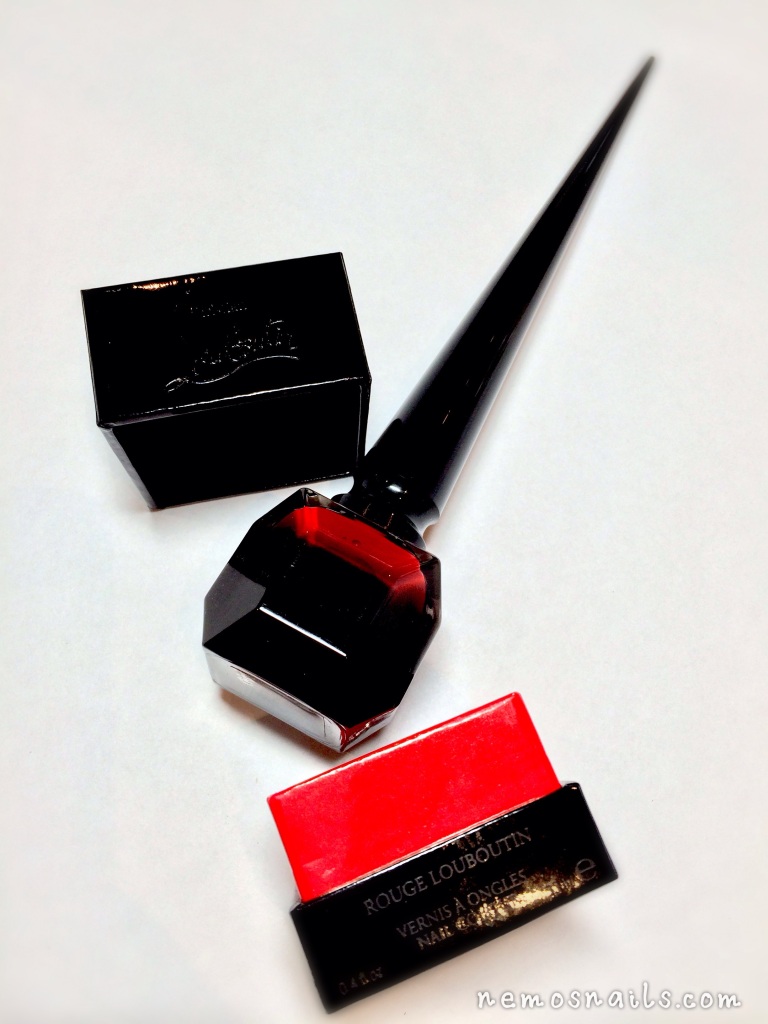 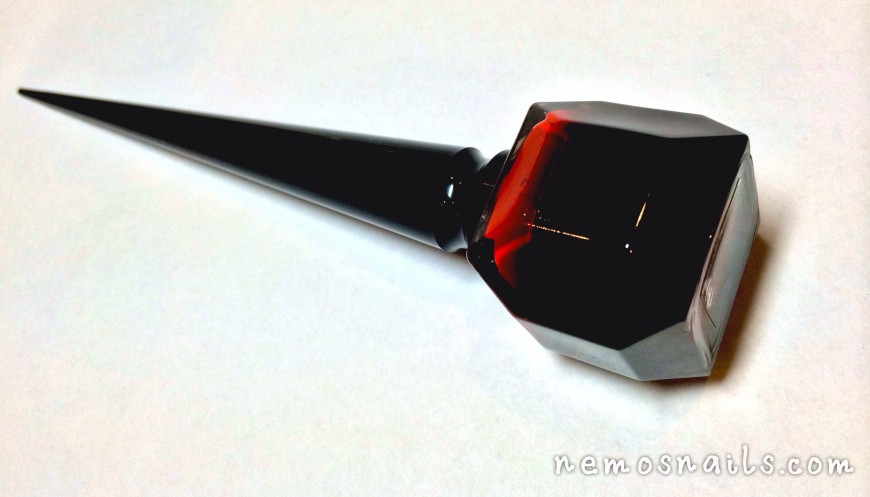 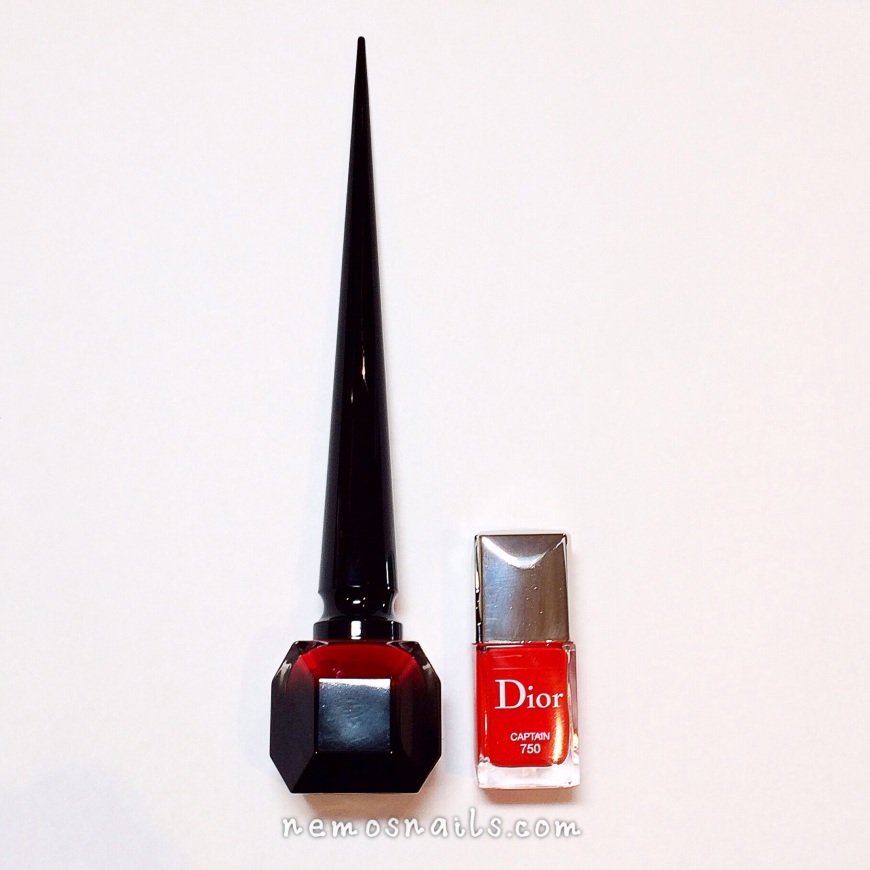 Ok so that really is enough about the bottle, lets talks about the polish.  I can actually say my hands were shaking as I applied the first coat of the polish, I’m not sure if it was the fact I was holding a £36 polish in my hands or the excitement that it was Louboutin or the fact I was just very tired, but I was excited.

I was not disappointed, it applied like a dream and is probably a one coater with its high pigmentation, but I applied 2 coats.  I’ve never had a polish that has had the perfect amount of polish on the brush to cover my nail evenly but this did.  I found it a little hard to handle at first with the large cap but I became used to it very quickly and here was the result. 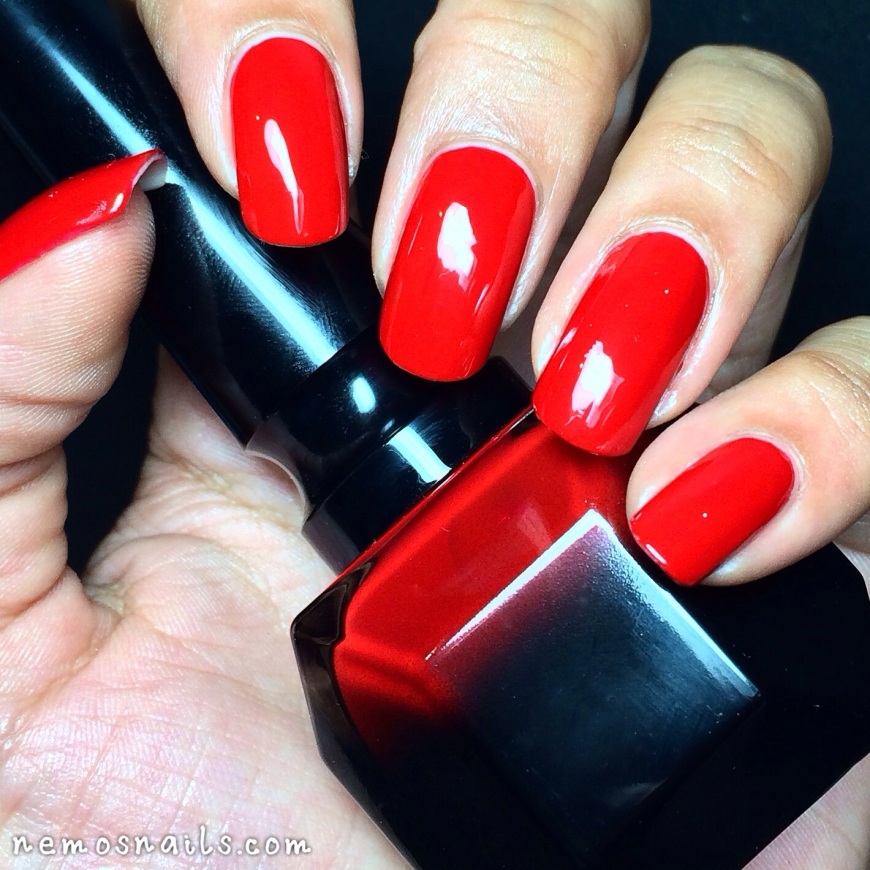 Gahhhh isn’t it beautiful, it was so easy to apply and this picture is with no top coat. Apologies for the finger prints I did try cleaning the bottle but it is hard with it being so glossy 🙂

I have never had a nail polish that actually felt like this, it is something very special, the formula is just perfect, and what I would need 4-6 coats of some reds this does in just 2.

So I had to do some nail art and it was very much inspired by the bottle.  I am a bit of a glitter gradient fan, and if you are following me on instagram you will know that, so I thought what better than a black glitter gradient.

And here are a couple more for you xx 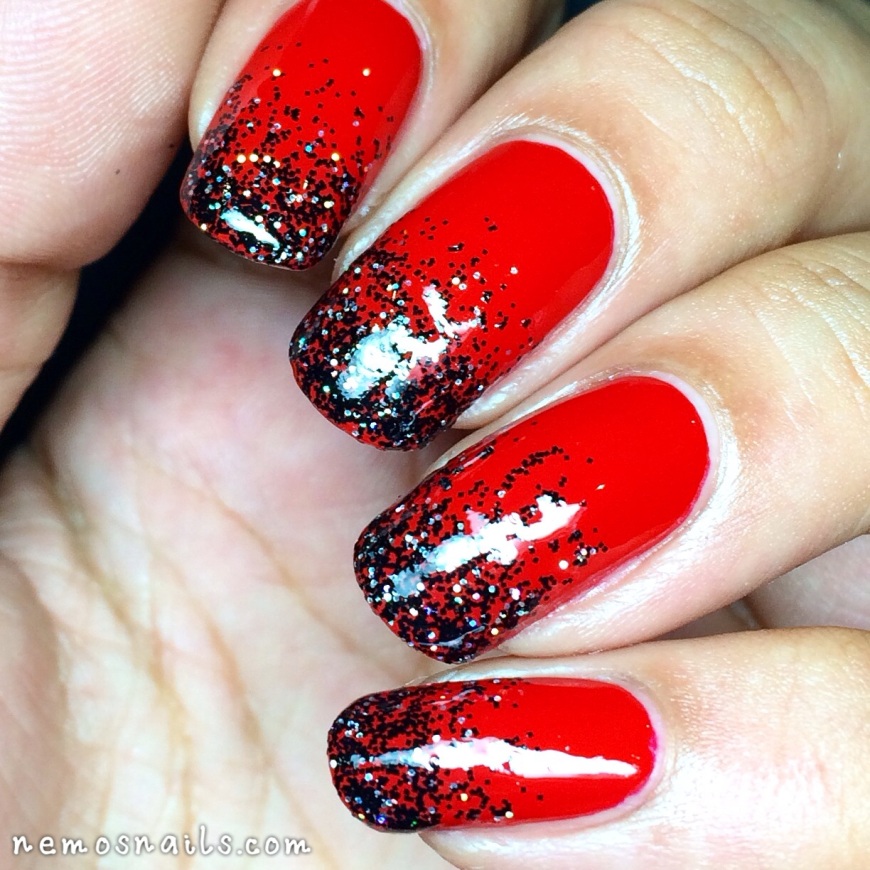 So there you have it, my round up of the much talked about Louboutin rouge nail polish, is it worth it?? In my opinion it certainly is, and for us premium beauty fans it’s a must have item.  Not only is it an amazing polish but it is a work of art, as is each and every shoe that Louboutin creates.  I’m in love and I  am looking forward to the launch of the other colours later in the month.